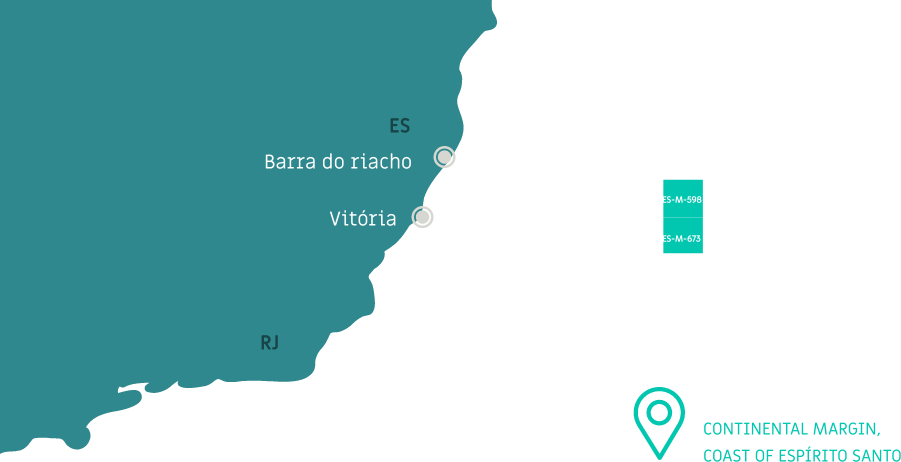 up to 3 thousand meters

Identified prospects of the sub-salt, post-salt and also pre-salt types. The expected fluid is predominantly light oil. Recent research indicates indications of carbonates similar to those of the Campos and Santos Basins.

The Espírito Santo Basin is located on the central-north coastal region of the Espírito Santo state and on the far south side of the coast of Bahia. It is bordered to the south by the Campos Basin, and to the north by the Mucuri Basin. Its maritime portion has an explorable area of approximately 38,000 km², considering a water depth up to 3,000 m.

Some of its areas have great exploratory potential, including the pre-salt layer which, judging from the wells that have already been drilled, is likely to present similar hydrocarbons to those found in the Campos and Santos basins.

We have a 20% interest in 2 deepwater concessions in partnership with Equinor and Petrobras: Blocks ES-M-598 and ES-M-673. Both are located in a frontier area. Expected fluid in the region is mainly light oil. 3D seismic surveys have already been completed, covering all blocks. There is a commitment in place with the ANP to drill an exploratory well in Block ES-M-598. The Consortium is currently negotiating with the Agency to extend the Exploration phase.