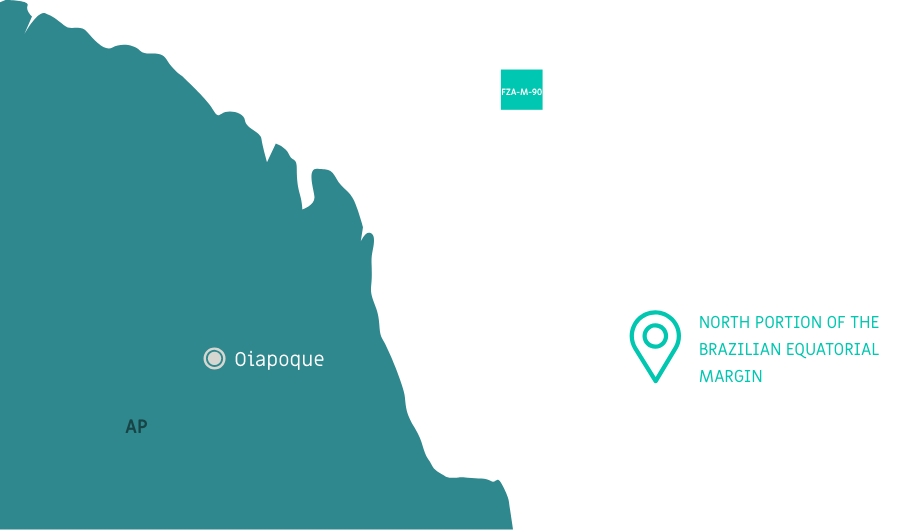 up to 3 thousand meters

Evidence of the presence of light oil in the region.

Located on the far northwest side of the Brazilian equatorial margin, it covers the entire continental platform of the states of Pará and crosses the border between Brazil and the French Guiana. On the Brazilian side, the basin has approximately 268,000 km², in water depth of 3,000 m. Several exploratory campaigns have been carried out at the basin, though mostly in shallow water and targeting rocks formed by sediments carried by the Amazonas River. The older geological formations, however, are regarded as a new frontier in the basin. The National Petroleum Agency (ANP) defines it as a potential region for gas and light oil discoveries, with various indications of hydrocarbons in the shallow and deepwater wells that have been drilled.

We are operators of Block FZA-M-90 with 100% interest. 3D seismic surveys and data processing have been concluded. We are waiting for the approval of an environmental license to drill an exploratory well.