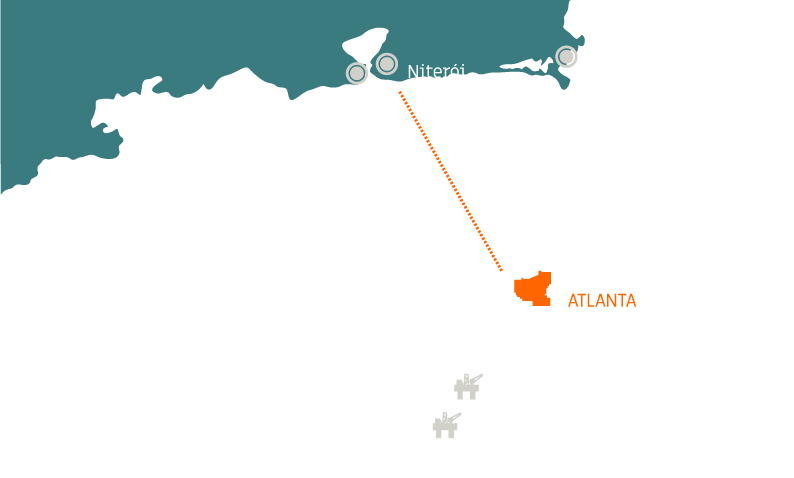 Porosity and permeability. Excellent generators. Large quantity of excellent quality oil. It may become one of the ten largest oil reserves in the world.

Santos Basin is located off the Brazilian west coast, ranging from the south coast of Rio de Janeiro to the north of Santa Catarina state and totaling approximately 350,000 km², in water depths up to 3,000 m. It is bordered to the north by the Campos Basin and to the south by the Pelotas Basin.
In 2006, as a result of discoveries, the Santos Basin’s pre-salt geological formation was considered one of the world’s most promising exploration and production areas.

In 2018, the Santos Basin became the largest producer of oil and natural gas in Brazil.
After a farm-in operation carried out in 2011, we became partners and operators of the Atlanta and Oliva Fields, located in the post-salt layer of the basin in Block BS-4. Our current interest in the consortium is 50%, while Barra Energia owns the remaining 50%.

Holding interest in assets of this region is a milestone in Enauta’s exploration history.

Location: south portion of the continental margin, along the south coast of Rio de Janeiro to the north of Santa Catarina.