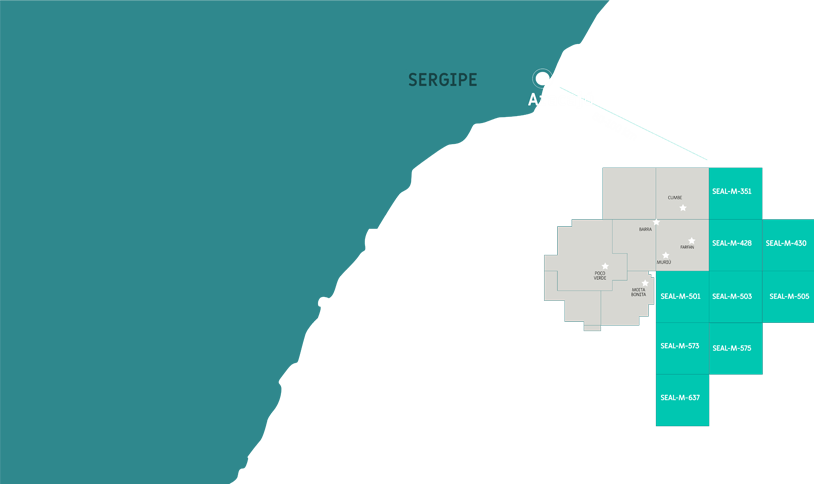 In March 2022, the drilling, logging and final evaluation of the exploratory well in the Block SEAL-M-428, 1-EMEB3-SES, (Cutthroat prospect) have been concluded by the Consortium.

Although the occurrence of hydrocarbons in this well was not verified, Consortium will conduct complementary studies, incorporating sampled data into its regional geologic interpretation, and update its vision as to the exploratory potential of the blocks located in the Sergipe-Alagoas Basin ultradeep waters.

Region with high potential for discoveries

The Sergipe-Alagoas Basin is located on the continental margin of the northeast region of Brazil, covering part of the states of Sergipe, Alagoas and a small portion of the state of Pernambuco. It has a total area of about 44,000 km², of which approximately 32,000 km² offshore up to the bathymetric quota of 3,000 m and 12,000 km² onshore. It is bordered to the north by the Pernambuco-Paraiba Basin and to the south by the Jacuípe Basin.

Since 2007, new frontiers have been opened by the industry, starting the production of light oil in deep waters. The basin is increasingly prominent due to its high rate of geological success, with discoveries in ultra-deep waters.

The market estimates that deepwater discoveries in the region exceed 1.2 billion boe.